Frustrated with No Results? Work Smarter Using the SAID Principle! 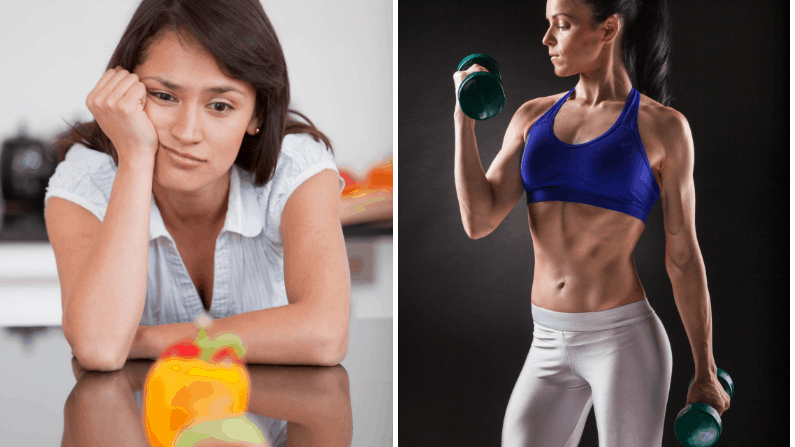 We are what we repeatedly do.  Excellence, then, is not an act, but a habit. ~Aristoltle

If you train to be a sprinter, you’ll get faster.

If you train to run 26 miles, you’ll be able to run a marathon.

If you train with heavy weights, you’ll get stronger.

Our body is engineered to adapt to become better at what we ask it to do repeatedly. 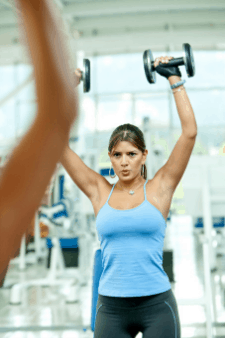 Does your program align with your goals?

It’s vital that you understand the Principal of Specificity (SAID principle) and use it in your programming.

The human body adapts specifically to imposed demands.  If how you train and how you eat isn’t in-sync with your long-term goal, you won’t get there.  Your lack of progress will cause you to think it’s not working – and you’ll be correct.

If that’s the case, a middle-of-the-road approach to training that incorporates resistance training, a little cardio, mostly whole-food choices, all done consistently over time will get you there.  More about organizing that later…

Increase lean mass, get stronger, reduce body-fat, nutritious foods…basic advice for anyone who needs to improve their health. 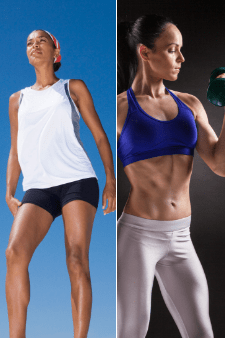 Are you motivated by a certain physique type?

Do you have an image in your mind about how you want to look?  Have you created a Pinterest vision board with photos of people who motivate you?

If you want to look like a figure-pro, you can’t train like a marathon runner.   You need to do what they do.  You can research that yourself or work with a coach or trainer who knows how to write programs for that adaptation.

Are you motivated by something you want to be able to do?

And expect your body will look like someone who is a hiker, biker, power lifter, etc. 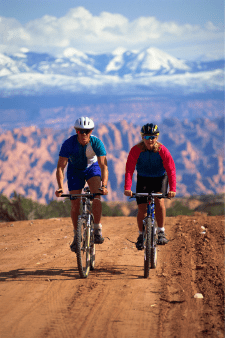 Key Point: Your body will adapt to the way you train it.

As straight-forward as this sounds, many people aren’t doing it.  Plenty of folks tell me they are trying to “tone up” (i.e. grow lean muscle) but do too much cardio and/or don’t eat to support the goal of toning up.

If you want to grow muscle, but train like an endurance athlete, you’re bound to become frustrated with your lack of progress.

An endurance athlete’s body won’t carry much muscle mass because of how they train.  They don’t need the power generated by extra muscle.  It’s just extra weight that isn’t a necessary adaptation.  Long sessions of running will reduce muscle mass.

Sprinters have more muscle because they need that power.  But you don’t see many sprinters running marathons.  It’s unlikely you’ll see a sprinter WIN a marathon even though they are an advanced athlete in their own sport.

Biology always wins.  The SAID principle always applies.   Your body will adapt to the demands you impose on it.

The SAID principle applies to calorie intake, too.

The biggest mistake I see people make is that they are ALWAYS on a diet!

If you limit calories for too long, there will be an adaptation to that imposed demand of limited energy.  Your body will become energy efficient and run on fewer calories.

That’s awesome if it’s your car!  But we don’t want our bodies to be efficient in that way.  We want it to use as many calories as possible.  When it adapts to a lower intake, it is harder to create the caloric deficit you need for fat loss. 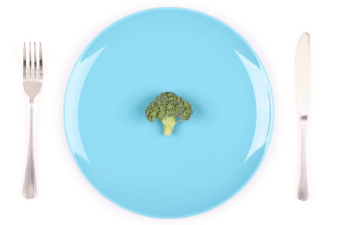 Are you actually training for the adaptation you want?

If you want to be a better runner, hiker, or cyclist, I’m not a good resource for how to train for that adaptation, but there is a lot of information online for your sports.

What I do know about is how to build a badass, muscular, lean physique.  For those of us who want both muscles and leanness, and it is possible to get both – eventually.

The SAID principle prevents the human body from training optimally for both goals at the same time.

Instead, use the SAID principle to cycle your training focus between those two goals in phases over time. 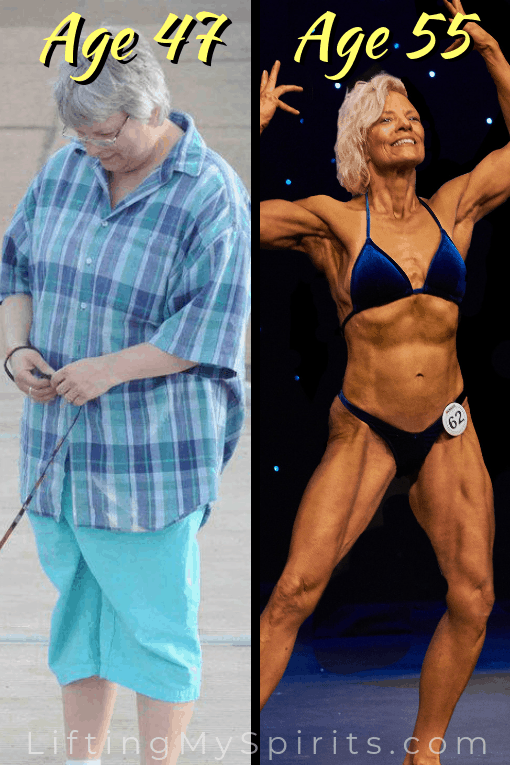 The man who chases two rabbits, catches neither. ~Confucius

Focus on muscle growth for 6-12 months.

Longer is better if you’re willing to do it.  Don’t diet during that time.  Run your calories about 100-200 over your daily 24-hour burn and make sure you getting enough protein (read this blog to find out how much you need).

The more muscle on your frame, the more calories your body needs at rest.  Plus, there is that “be-strong-and-don’t-break-if-you-fall-down” part that appeals to me now that I’m approaching 60.

However, it takes a LOT longer to grow muscle than it does to lose fat.

New lifters will see a lot of progress with muscle growth initially, but that “newbie” gaining period doesn’t last.  Progress slows down when you become an intermediate lifter. 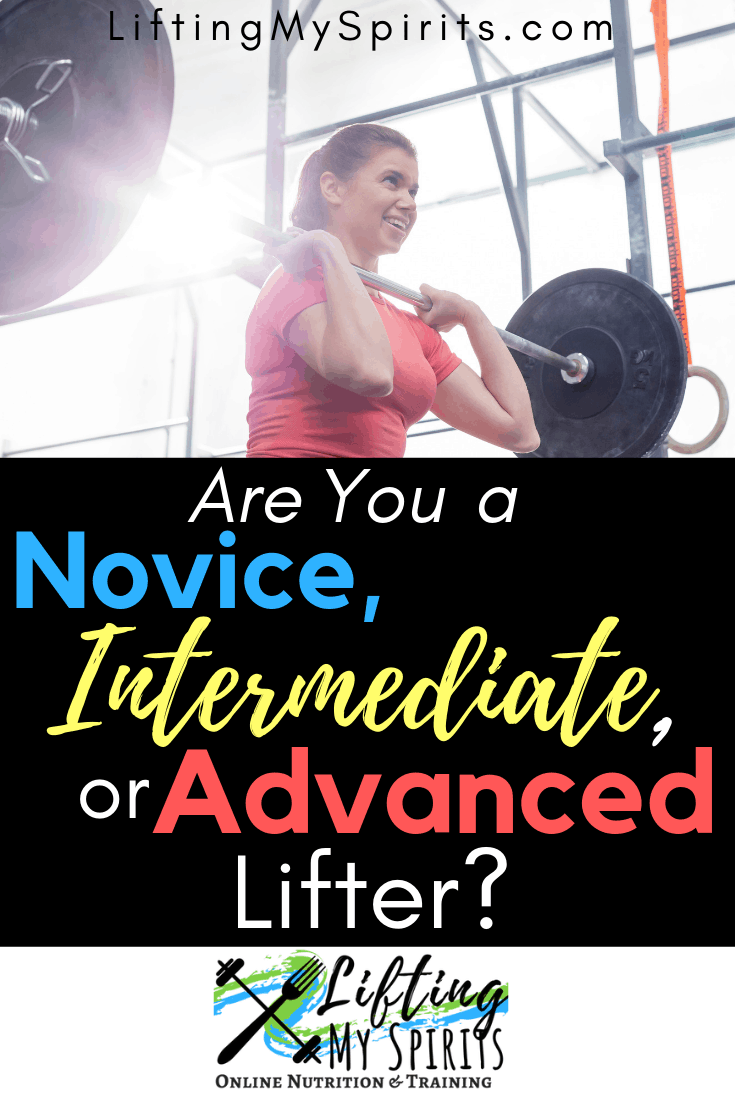 After the building phase, do a mini-cut for 3-6 months.

You may not lose all the fat you want to lose in 3 to 6 months but end it anyway.  If you stay in a cut too long, you increase the likelihood that your body will adapt to those lower calories.

While in this phase, you’ll also need to incorporate refeeds and diet breaks – also to fend off adaptation and keep the fat-loss progressing.

Bring calories up to your new maintenance calorie amount for another 6-12 months.

It will be a new maintenance calorie amount because you’ll be smaller after that mini-cut phase. 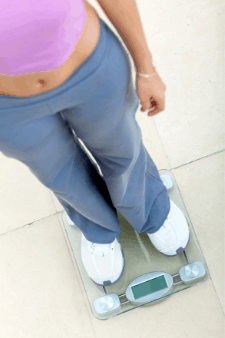 These are all general suggestions.  Do a little research and look for information that makes sense for you with your life.   Look for articles related specifically to your goals.  Working with a coach or trainer is always an option if you’d like to delegate the programming to someone else.

Whether you work with someone or do your programming on your own, the Principle of Specificity needs to be part of the design of your program.

Take a moment and look over what you are doing to make sure you’re imposing the right kinds of demands in your program to get the adaptation you desire. 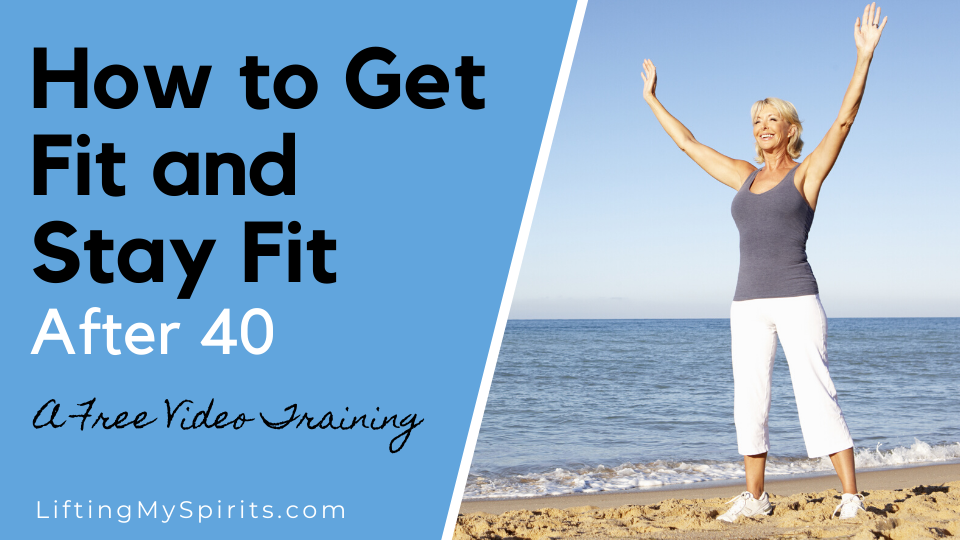 I created this free training to answer the most common FAQs Ive been asked over the years...

Come hang out with us in one (or both) of our Facebook communities to get inspired, learn, and be supported by like-minded busy adults! 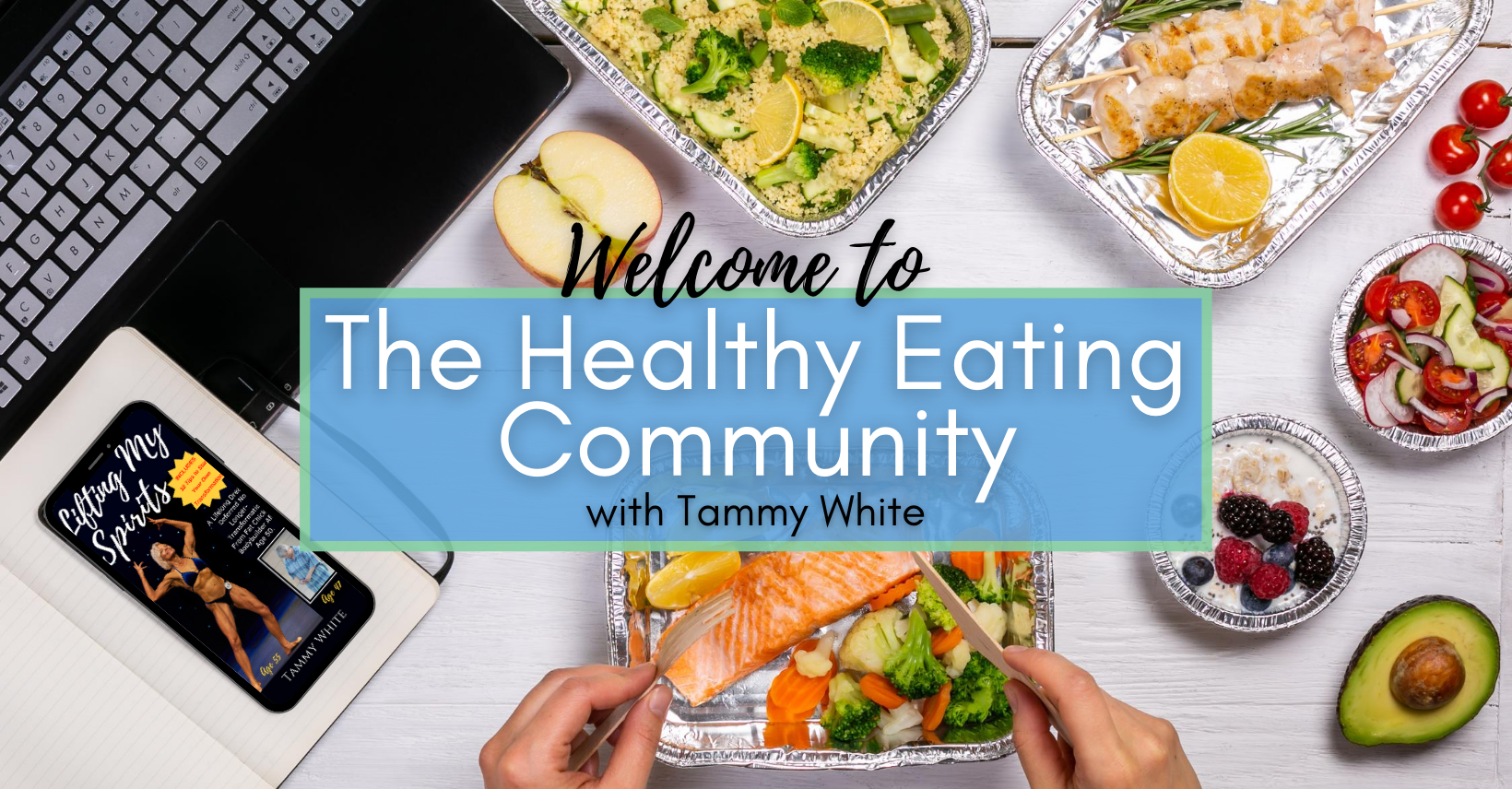 A supportive community for anyone who is interested in developing healthy eating habits.  We're all about balance, flexibility, and sustainability with a focus on science-based principles and results. No food shaming here!  Tammy runs weekly challenges to help people build and sustain healthy habits. 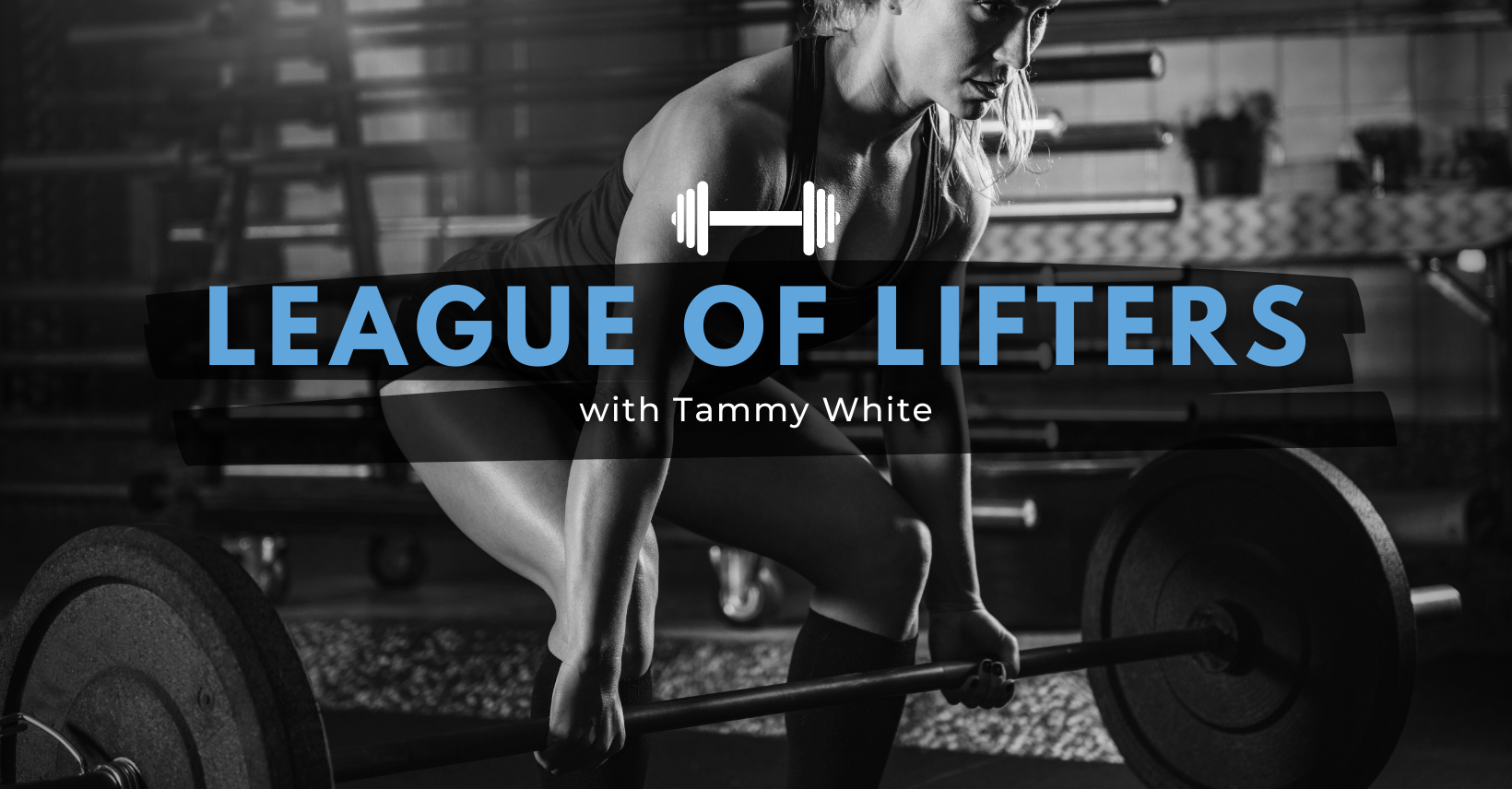 We're women over 40 who love lifting and train with a purpose - some compete in powerlifting or bodybuilding, but not all.  We push ourselves to be stronger.  We don't tone - we train to be badass.  Expect science-based info and support.  All lifting experience levels are welcome.  Tammy runs weekly challenges to help you progress as a lifter over time.

But I believe everyone can make positive changes with healthy habits!   Each of us has a unique combination of strengths and challenges that need to be considered to customize a program that will work for us.  Science-based principles, flexibility, and consistency make all the difference. 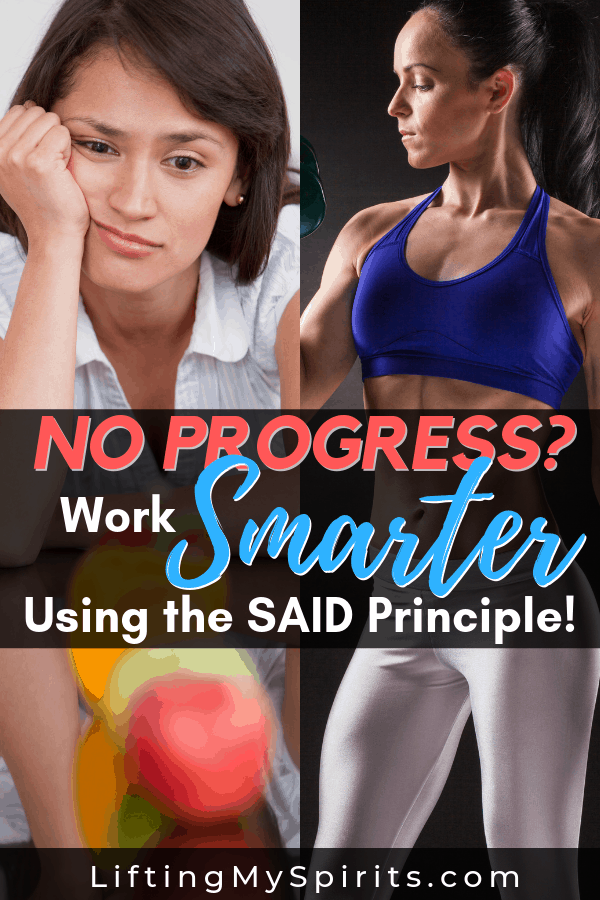 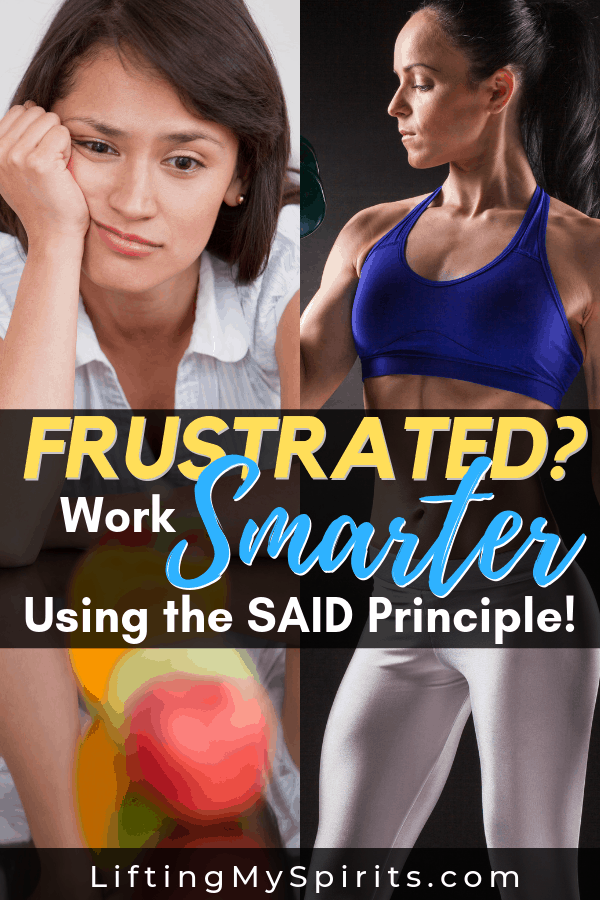 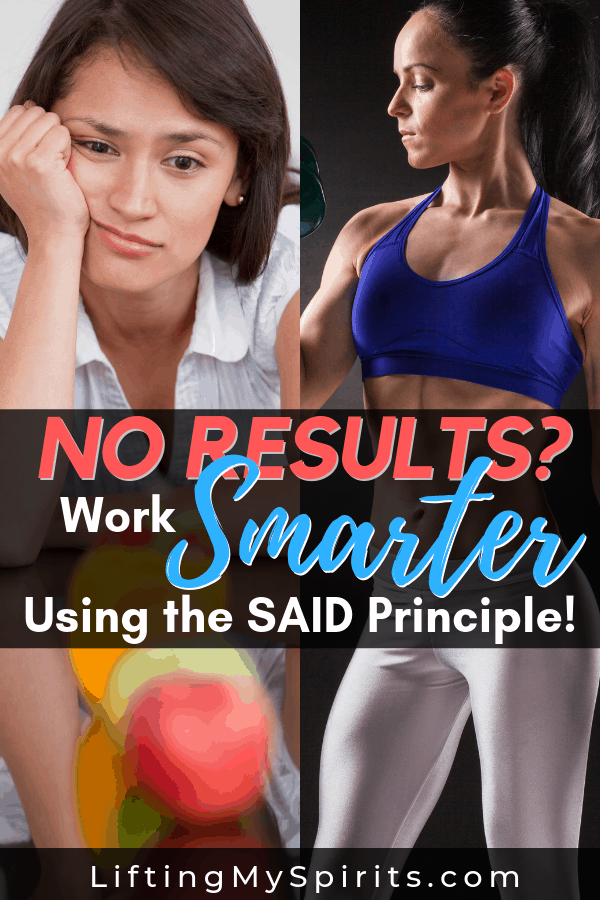