School is out for summer!  Yay!!  I’m teaching a morning session of summer school starting on June 19, so I only get a week off, but that’s OK.  The summer school session will help me stay busy and that might help a little with the nerves I’m going to feel as the show gets closer.  The negative voice in my head keeps reminding me of the last time I was on stage, when basically, my biggest fear that I would not be taken seriously as a bodybuilder was confirmed.  So I’m getting back up there to be judged again.

Have I done enough?  I don’t know.  Improvements have been made.  I have worked hard and continue to work hard.  It’s impossible to know what will happen in a bodybuilding competition because some factors, like genetics and age, are beyond my control.  But no one will out work me.  I’m consistent and methodical.  I can control that. 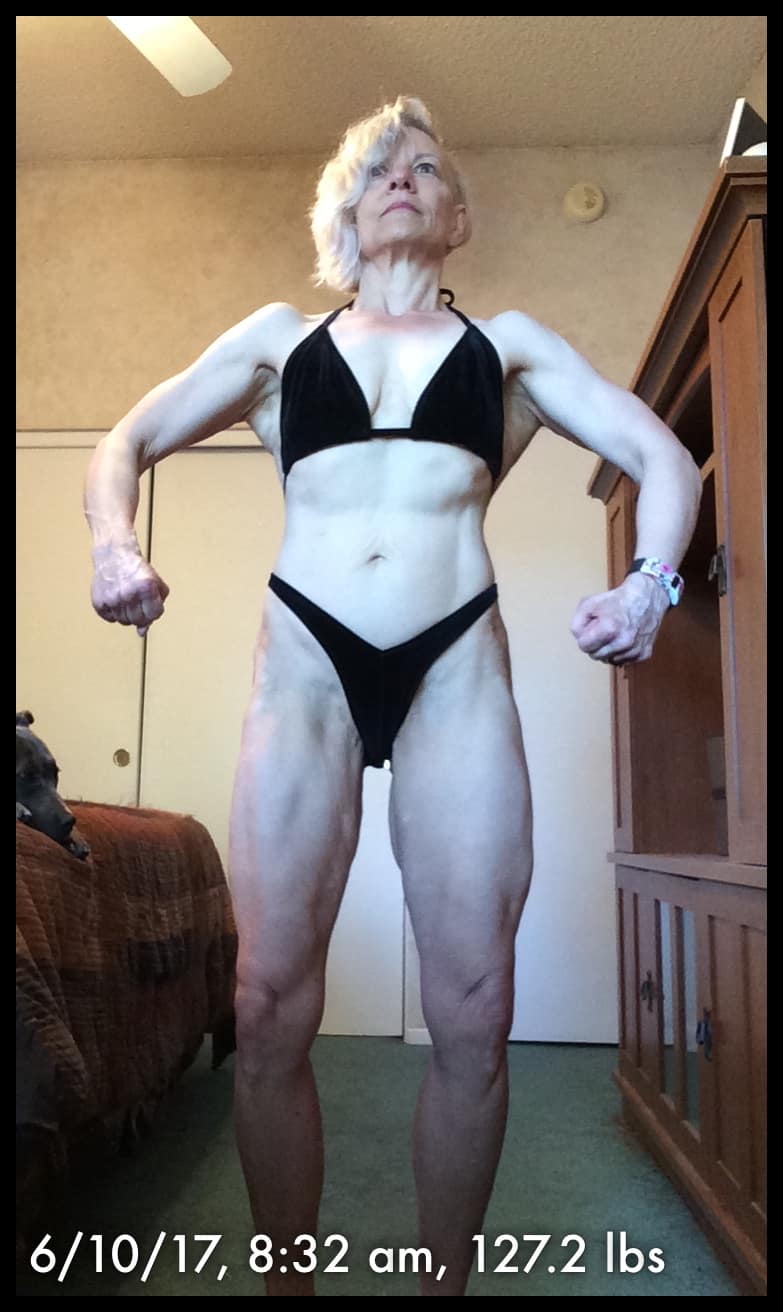 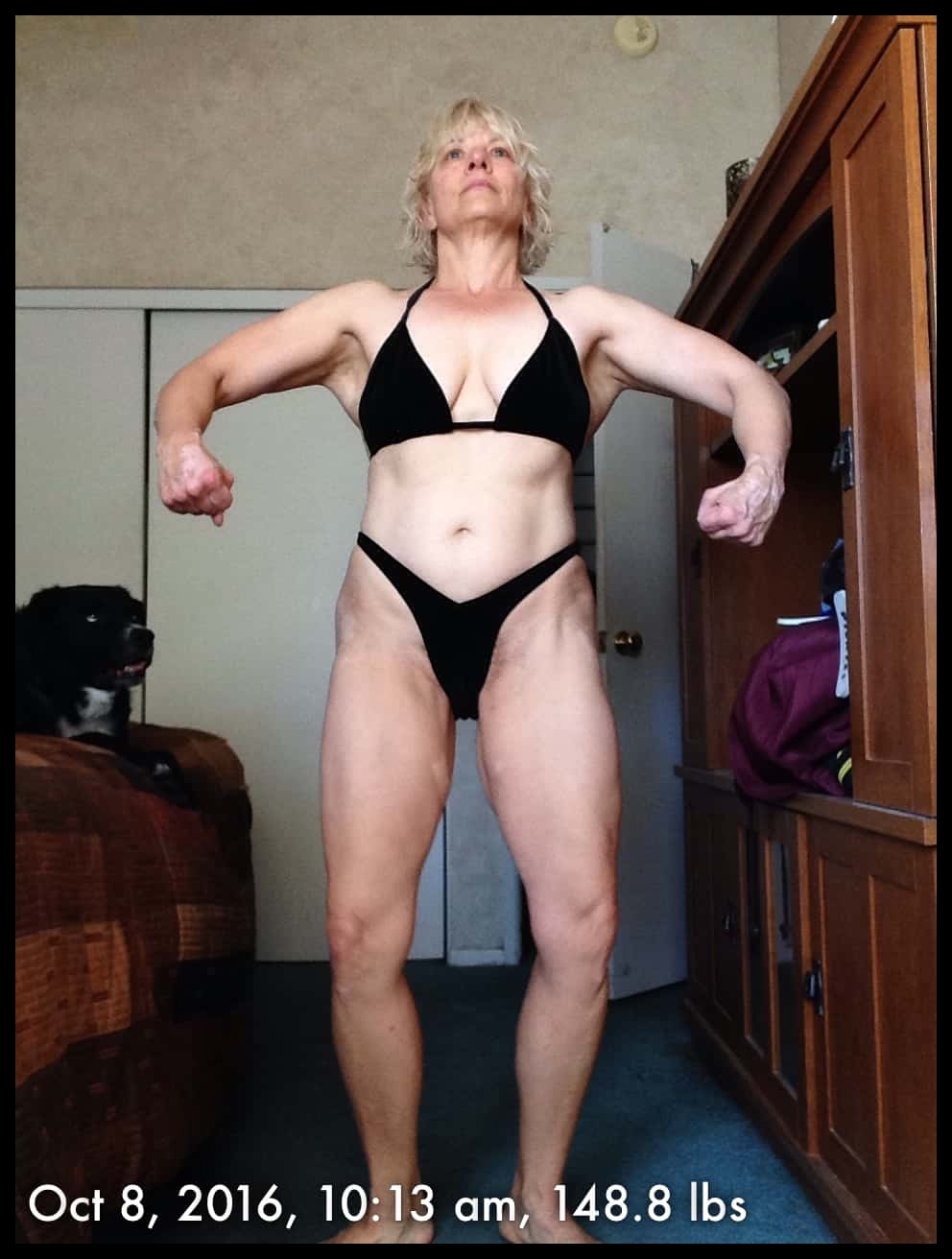 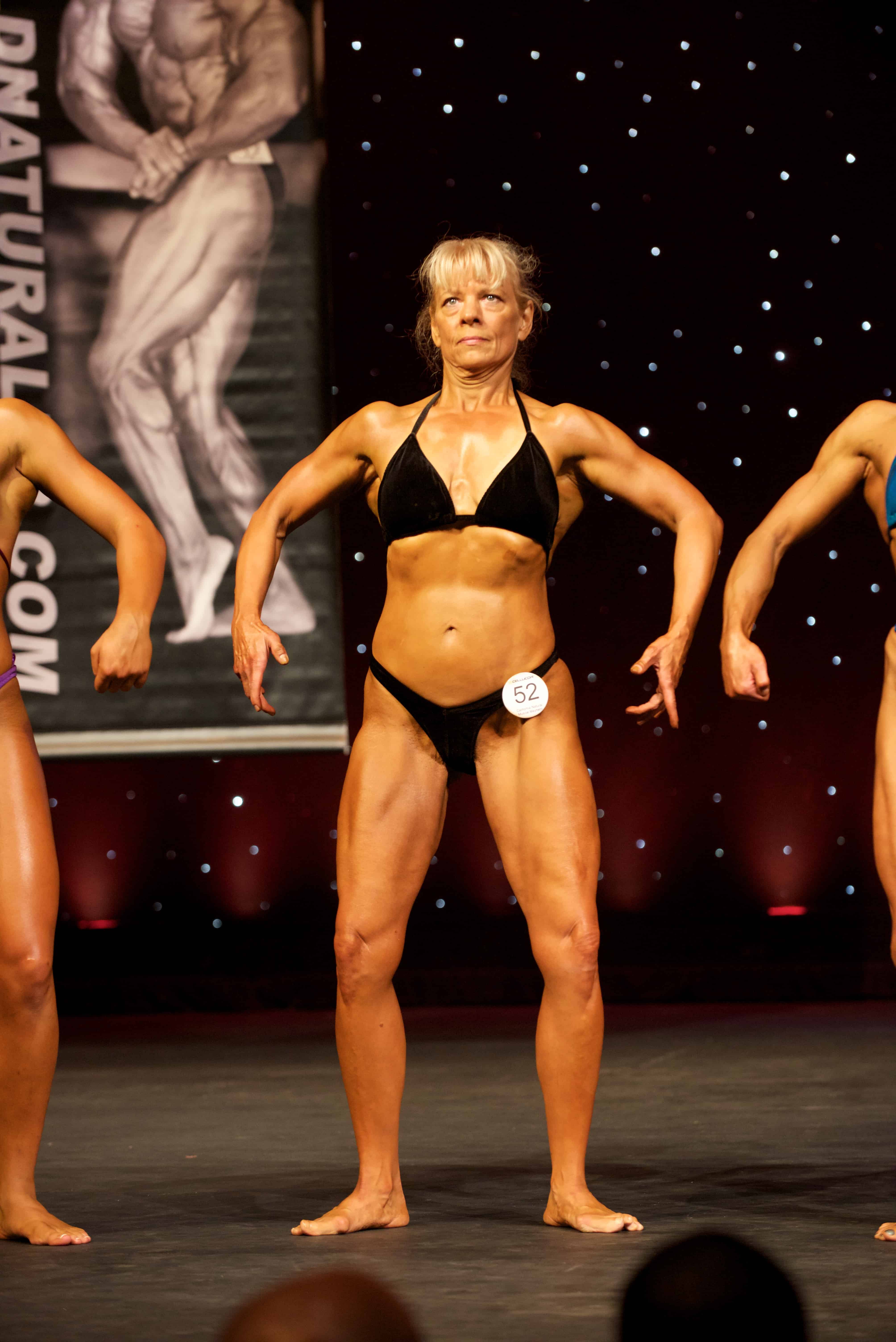 A couple weeks ago, I lightened the loads on my leg press.  I’m smaller now and the loads I wanted to use started to strain some old quad pulls.  Better to lighten things up a bit and keep working than to risk an injury.   Coach took direct shoulder work out of my program for 4 weeks to allow for a full recovery in those joints.  I got my lateral raises back last week – so happy!  I felt like a kid who got her favorite toy back after having it taken away.  My back movements are still progressing, but progress is slowing down.  Tricep work is stalled out now and I have to keep using the same loads.  After this many years of lifting, I’m at the point when progress can take months or longer.  It did take me about 3 years to add 5 pounds to my bench press.  That’s another lift where I needed to drop the loads.  It seems I lose my strength there right away when I’m in prep.

But lifting is still going well and lifting is the thing.  Competing sets a goal for the lifting – which is something I need.  I don’t enjoy competing that much that I look forward to it.  It’s just a finish line for a certain phase of training.  I love the look of bodybuilders on stage – the tan, the poses, the lighting – but I’m an introvert, so spending the day hanging out with all those people…well, it’s a bit stressful.  The first two times I competed, the stage part was fun.  I’m getting back up there with the intention of fighting off a bunch of negativity and finding that fun part again.

DISCLAIMER: In order to be competitive in the division called “women’s bodybuilding” ,  fat loss has to be pushed to the extreme leanness that the athlete is capable of achieving in that contest prep. When I talk about what I’m doing, please keep that in mind.(Bikini and figure divisions have a different criteria for leanness.)    Even though I’m losing fat by creating a caloric deficit, which is how anyone who wants to lose body fat has to do it, I’m doing it longer and trying to lose more weight than is appropriate for general fitness.  Most people should not compete.  Anyone who struggles with food-related issues should not compete.    I’m not jeopardizing my health and would stop if I was because competing isn’t what is important.  I don’t use fat-burners,  I don’t cut water,  I eat well, and it’s all monitored by an extremely smart and protective coach.  And we will carefully reverse the diet afterwards to keep my metabolism healthy – like we did in 2015.

Ok, that said – my scale weight is currently fluctuating between 1 and 2 pounds below my previous stage weight.  Which means, assuming I’ve gain a little muscle in the last two years, I’m leaner, lighter, but might have more muscle density.  I think the fat I’m working on right now has been there since the 70’s.  LOL!!  Even so, the meno-pot on my lower abs is hanging in there.  I’m seriously on a mission to lose it just to prove it can be done, damn it.  The loose skin in various places is a bit discouraging, but there isn’t much I can do about it.  Just looks like my skin-suit is getting a little too big, like my clothes.  The plan coming out of the 2015 show was to limit the amount of weight I gained in off-season so that the skin wouldn’t be stretched more.  I did that, but I do think it will take YEARS to tighten up, not months.  I’m not interested in using fancy lotions, wraps, or anything like that.  Solid nutrition and time will either take care of it, or it won’t.  I’m 55 and I’m grateful to be 55, so if I look like a 55 year old bodybuilder, so be it.  I’m just getting started, so I expect to look like a 70 year old bodybuilder when I’m 70, too.

Hair game took a dramatic turn in recent months.  First, I asked my hair coach to shave off half of it.  Then I asked her to start adjusting the color so that my natural gray would blend better.  The current color looks gray in some light, but usually looks more ash-blonde.  I like it.  Still want more silver highlights in there, though.  Especially for stage.  And speaking of stage – decided to use my velvet black suit for pre-judging and night show.  No sparkles.  Might wear simple stud earrings at the night show, but that’s going to be the extent of the sparkle.  I’m going to do this one “old school”.  I’ve been watching video from the 1980’s, which is when I first fell in love with this sport.  Those are my peers – even though they are retired now and I’m just starting.  Doesn’t matter.  I don’t care.  Everyone else can sparkle.  I’m here to do this thing the way I want to do it. 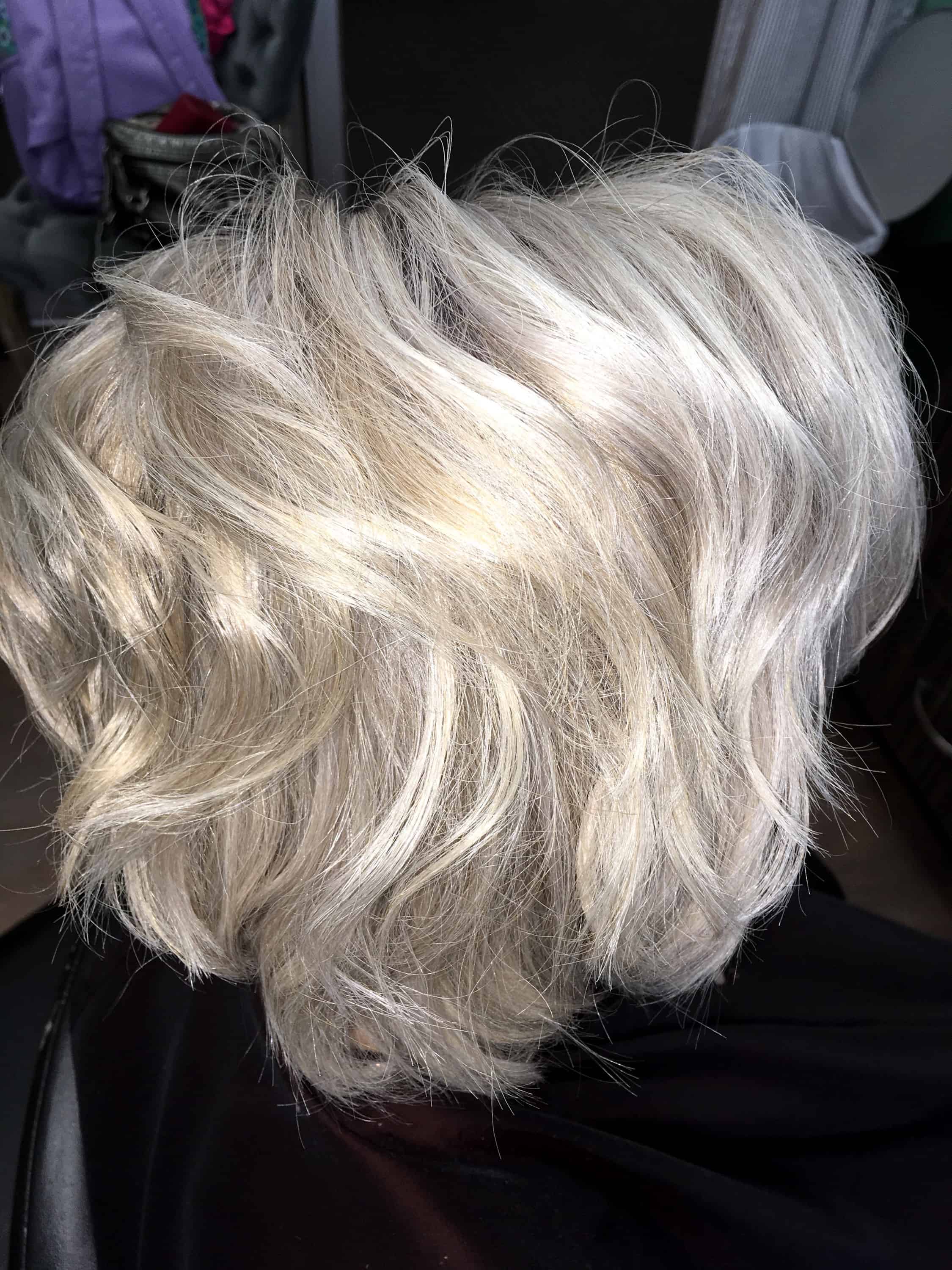 Taken with a flash.

As I said before, I expect my nerves and battle with my internal self-doubts to be more of a challenge this time around.  Which is why I’m so grateful that my friend Michelle will be flying in from across the country to be there for this show.  In the last few months, I developed a little game I play with myself called “I don’t have to actually go to the show if I decide not to”.  Knowing she is coming out stopped that destructive little train of thought at least 3 times this last week.  Just in case anyone else is in the Sacramento area, here is a link to the show information.  If you’re up for it, I’d love to have some screaming support at pre-judging.  I think I can battle back the self-doubt by telling myself that because I gather courage from others to do this scary thing, others will be able to gather courage to do something that scares them, too.  If I can meet you in person, wow.  That would change the dynamic of this day in a big way.