Crazy week!  Monday, Jan 9 was supposed to be our first day of second semester after a three-week break.  Didn’t happen.  Weather here made it necessary to cancel school on Monday and Thursday.  We had delayed starts the other days.  Roads were slippery.  No sunshine.  No dog walks.  We all had cabin fever.  I was able to get a ton of  work done to set up for the new semester.  That will pay off for me later since I’m prepping for the show in July and taking an online class to earn CEUs to renew my teaching licence next year.  We live close to the gym I use, so I was able to get in and had extra time…but sadly, it was a deload week.

Every four weeks, whether I feel like I need it or not, Coach has a deload week programmed into the cycle.  I appreciate it because I know that is why I have stayed relatively injury-free since I started working with him in 2013.  Usually, to deload, I’ve reduced loads.  This time, I kept the loads where they were the week before, but reduced the number of sets and reps.  I also skipped all hamstring work for a week to give my left one a chance to heal up.

Usually, I’m happy to have that deload week.  This time, it was hard.  The week was stressful because of the weather, scary driving, and the schedule disruptions.  I didn’t want to increase cardio for stress-management because I needed to rest that hamstring.  Also, I’m three months into a contest prep diet.  Even though my calories were increased a bit, it wasn’t so much that I wanted to divert those resources from healing that hamstring.  By the time Day 92 rolled around,  I was in a funk.

Sunday, Day 93 = first leg day in a week.  And no hamstring pain!!!  I was able to do what I was supposed to do on leg press.  I was cautious and brought the weight and reps down for leg curls.  But no pain during the movements at all.  I can still feel it when I stretch that hamstring, but it’s much less intense.  And I’ve noticed the ankle on that leg has become slightly stiff – I suspect that’s the issue flowing down the kinetic-chain.  (That knee was a bit wonky last week, too, but that went away.)  I’m hitting those hamstrings again tomorrow morning.  I know I’m still healing, so I plan to continue to be cautious.

And magically, the funk lifted.

Food wise, I have been struggling with logging.  Monday-Friday, I am on it.  Weekends?  Not so much.  I don’t think it matters too much since I eat the same way – I just don’t want to log.   I’m a flexible dieter, so I don’t feel too deprived from food choices (except I miss pizza – I don’t eat celery, but this is just funny). 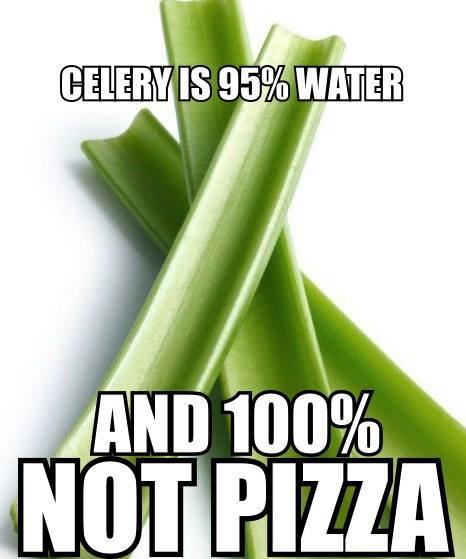 I’ve been logging food since 2009, so I think I’m just taking psychological breaks while I can.  Prep progress on the scale is still happening.  Things have settled into the “normal” bouncing that I’m used to.  No change for a few days, up a pound, down a couple, etc.   I look at it as a mathematical pattern.  It’s not linear, but it’s still predictable, so I’m good.  At some point, it won’t be predictable.  I’ll stall for a long time…and then it will get going again but I’ll have to fight for it.  I think that will happen sometime around March.  At least I hope I can make it that long before things get frustrating.

I’m not super concerned, but I don’t think I’ve done a good job with making each day of the 275 day project as awesome as it could be.   And I don’t think it matters all that much.  I’ll probably talk about that in each blog because I need to stay centered on that idea… It.  Doesn’t.  Matter.  I do this bodybuilding thing for much better reasons than what is ever going to happen at a show.

Oh, and just between you and me, I’ve decided to toss in a few extra sets of things not in my program on days where they won’t interfere with what IS in my program.  Nothing crazy.  Today, I did some light lateral raises and these face pulls.  Just getting some blood flow in there.   Recorded the face pulls just to see what’s going on with the rear delts.  Haven’t worked them directly in a long time.   Nothing upper body is scheduled for a couple of days, so it’s all good.  😉