When Your Awesomeness Makes Others Uncomfortable 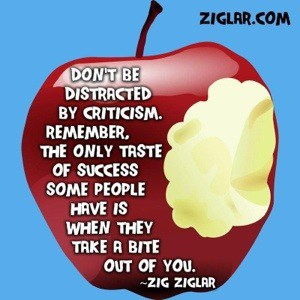 Just a couple of things I wanted to mention for my new friends who are just starting their transformation programs.

At first there will be a lot of support from almost everyone.  They want to be encouraging.   It will take a couple of months for people to notice your appearance to change.   And when they see your hard work is working, there will be compliments.  As time passes and it becomes obvious that you aren’t going to give up, a few people may make comments like these…

“I’m worried about you. You’re starting to look too thin.” (You’re probably not. You’re clothes are probably too big.)

“Your trainer told you to do what? Really? You shouldn’t be doing X – you should be doing Y.”

I don’t know anyone who experienced a transformation who hasn’t had something said to them that they weren’t sure how to process. I’m not going to speculate about why people make negative comments. I know there are reasons. It helped me to just accept it as them being ‘uncomfortable’ with my changes. Sure, I was annoyed and I usually found a trusted friend to whom I could vent.  It was really hard to handle when I got them from someone close to me.  But I just reminded myself that they were uncomfortable with what I was doing – probably because it challenged them to think about what they weren’t doing.

I’ve also lost friends.  I assume they weren’t, really. I also assume that if asked, they would have good reasons why.  I have changed.  Really – from the inside out.  And I’m what I call “passionate”, which comes across as “judgmental”, “bossy”, or “arrogant”.   It’s been hard on Hubby having to adjust, so I imagine a lot of less committed relationships would be strained beyond repair.

I don’t get negative comments anymore in person. I think that’s because people around me have become accustomed to my changes, they now understand what I’m doing, or it’s obvious I’m not going to quit at this point. Still get a few online from strangers – that’s expected.  When I’m feeling feisty  I bite back.

As far as the free advice, try to avoid those conversations if you are working with a trainer or a coach. Too many cooks in the kitchen…so to speak. But it’s also important to do your own research. Use the internet and read books. There is so much happening so quickly in the fitness world. Your trainer/coach should be doing the same thing, of course, but you are member of that team, too. It’s your success you working towards.  It’s just my opinion, but any trainer worth the money will either be able to discuss whatever you’ve heard or read, or they will be willing to research it and get back to you later.   IMO.

Has anyone else had “back-handed” compliments?