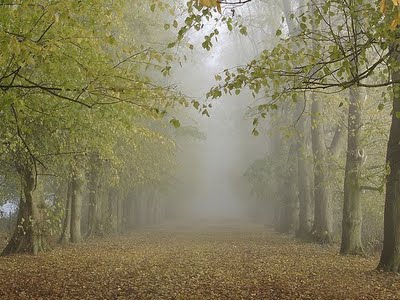 I’m goal orientated and I don’t have a concrete goal.  I know I’m back on track after the “derailment”.  I just don’t know the destination anymore.

Today, I’m 100% sure that I do NOT want to compete in the show I’ve been aiming for since June 2009.  I had reservations after watching four natural bodybuilding shows over the last year.

a)  There aren’t enough female competitors in the local shows.  There are few figure competitors and lots of divas.  Not many bodybuilders.  It’s highly probable that I will be the only woman in my grand masters category.  And very possible that I will be the only female bodybuilder.  I know I’m only competing against myself, but those shows were too small.

b) I really didn’t like how the promoters chose a bikini diva over all the bodybuilders for the “most symmetrical” award – in both local shows.  It’s a bodybuilding show.  Natural bodybuilding is very hard.  I thought it was inappropriate to dis  the competitors who’ve been training for years.

c) The people that burned me compete at the natural shows.  That burn is still healing.  My instinct is still to run as fast and as far in the opposite direction from them as I possibly can.  They have no integrity.  And they aren’t nearly as genuine and supportive as the people I’m working with now.  While it would be something to show up all big and ripped and scary when I’m 50 just to prove to them that I didn’t need them –  I’d rather not play in their sandbox at all.

d) The cost to compete in a natural show is about three times higher than the registration for an untested show.

I’ve heard very good things about the Tahoe Show that happens a couple weeks later – competitors were treated well and registration was reasonable. Nicer venue.  The people I’m working out with now think I can compete in an NPC* show even as a natural bodybuilder.  That’s very encouraging.  I don’t see it yet, but I don’t mind hearing it.

(*NPC doesn’t test the competitors.  That means there are steroid users competing.  However, NPC has created a new category for women called “physique” for smaller, natural looking, bodybuilders.  NPC shows have more competitors, too.)

So now I’m leaning towards doing the Tahoe Show.  But I have doubts about whether I will be big enough to compete in an NPC show this summer.  No way as a bodybuilder.  I’d have to do physique.  That’s cool – still no shoes.   Poses are done open handed instead of fists.   I can live with that.  But I’m still concerned about size.

I know I can grow muscle.  But I may not have enough time to build enough muscle and still have time to lose the fat to be ready to be on stage by the end of August.  Honestly, I’m having way too much fun right now to worry about when to start a show prep.

So I have no firm target.   I think I’m still shooting for a competition in August.  Just not sure it will be 2012 or 2013.  What I am sure about is that I LOVE training.  And I think things are going well right now, so I’ll hold my course.  Eventually I’ll land somewhere if I stay on the path.  I know I’m not going in circles.  I know I’m moving forward.