I know Arnold is not a nice man.  But you know what?  He’s still THE Man in bodybuilding.  He literally wrote the book – the “Encyclopedia of Body Building”.  His bodybuilding story is inspiring, despite recent events.  Came from nothing.  Had nothing handed to him.  Earned it.  And he was cocky.  And arrogant.  But he backed it up.  And when I’m feeling like I need to be a little less weak and a little more strong in my mental game, I read Arnold.  Or about Arnold.  I don’t know why it works for me, but it does.

Here is an excerpt from an article written about him on www.bodybuilding.com based on interviews with other bodybuilders who worked out with him back in the day…

“And no matter what challenges he faced, Arnold met them with enthusiasm.  Mike Katz remembers that Arnold didn’t tolerate any less from the people he was close to.  When Katz…complained to Arnold about money troubles…the Oak wouldn’t hear of it.  ‘If you were negative, he’d put up with you for a day’, Katz remembers.  ‘But if you didn’t stop, he’d drop out on you.  He wasn’t going to get drained of his charge by a negative person.'”

Stress has been my undoing lately.  I read this article last weekend and I knew that I needed to make some hard decisions.  There are people in my life who aren’t “filling my cup” as my friend Heather would say.  I’ve had to limit contact with a few over the last couple of years because of the sharp comments they have made about my weight loss.  Today, I did a Facebook streamline.  One person in particular was very, very hard to release.  But the reality is that if the energy isn’t positive, even if unintentional, it drains me.  It distracts me.  The stress hurts me.  Literally – I get chest pains from anxiety.  OK.  I’m sensitive.  I’m also menopausal and have mood swings.  Some of that I can’t control.  So I have to adjust the environment.
I will try to learn from Arnold’s example in this case.  Walk away.  Drop out on them.  But I’m not Arnold.  I pray that things will change and I can rebuild bridges and welcome people back into my life at some point in the future.  The only thing I know for sure is that I’m trying to be as “real” as I possibly can.  And I know I screw up.  A lot. 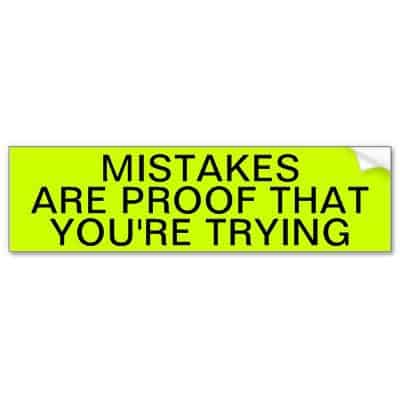