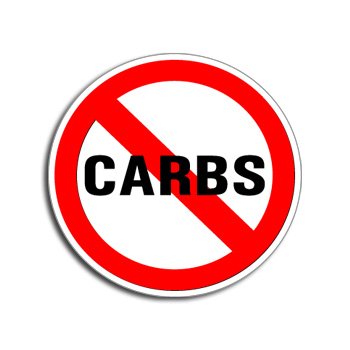 For about the last month, I’ve eaten most of my carbs before 3pm each day, but the total carbs stayed around 40% of total calories, with protein and fats around 30% each. That’s still considered a “low carb” plan, but it’s a sustainable “bodybuilder” type of diet. By just timing the carbs and have small deficts (~500 calories), I started to lean out a little, but I not much and I wasn’t losing weight – and that’s OK. I was probably losing fat.

But then I had a thought – fat is easier to lose than muscle is to gain, so I should be losing weight. Took a few days to connect with trainer on this, but once I did, he agreed.
So after getting that clarification a week ago, I adjusted my food/fuel intake. I’ve been running high deficits (~1000-1200) each day and reducing the carbs, not just timing them. Started to see more dramatic results with carbs around 30%. I picked Bob’s brain at American Iron about Tammy’s precontest diet for the Tahoe Show last weekend. He told me they did “old school” carb depletion. I was told about how the energy levels drop and it gets a little hard to think clearly. People also talk about this “carb depletion” phase as the reason they are weak and goofy. I concede that I have no personal knowledge of a real carb depletion, and I’m a big whiny baby about stuff when I’m the one doing it, so let’s do this thing!
I decided to try it for these last few days before my measurements over the long Labor Day weekend just to see what it was like. (And my lessons at school on Tuesday aren’t hard – I can do it with a little less gas in the tank.)
Yesterday, day#1 of real depletion, carbs were down to 16% of total calories. Since it’s a new eating pattern for me, and I don’t have tons of time to plan it out, I ended up with a big deficit – 1324.
Had low energy for the workout, but was able to get about 10 good working sets done for hamstrings. Weights weren’t dropped, but they didn’t increase. And the workout was also impacted by the day. Cardio – walking treadmill from 4:30 am to 5:30 am. Working at gym desk – standing from 6 am until noon. I’ve noticed my hamstrings workout has suffered from the standing part for the last few weeks. (If the hamstrings start to lag, I’ll have to switch things up and move them to another day.)
I was crashed out on the couch by 7:30 pm. When my nap was over, I got up, had a protein shake, and went to bed. Slept great. This low carb thing cured my insomnia last night.
So far, just from the bump in deficits, I’ve lost four pounds in a week and I’m seeing changes in the mirror. The low carb plan is supposed to cause my metabolism to use the fat that’s still around for a fuel source. It’s more effective for people who are already at a fairly low body fat, so since mine is kind of high for a bodybuilder, I’m not sure I’ll see the same dramatic results. Hope I’m not burning muscle. The universal opinion out there is that if I’m getting all my protein grams and still lifting, muscle should maintain through this process – especially since I’m not doing it for very long. This is NOT a sustainable eating plan. Just a few days this time. But I’m learning how my body reacts so when I deplete for a longer period next summer, I’ll know what to expect.
Bob said Tammy was at 5% carbs in the week before the show. That’s brutal. Maybe I can do that tomorrow, Labor Day? I don’t know. We’ll see.
Let's connect! Follow me on social media:
Liked it? Share it!