This was week 12 of the 12-week body transformation challenge I joined at bodybuilding.com in January. With tons of help from Trainer Adam, I used the week as a practice “pre-contest week” and went through some non-workout stuff that a bodybuilder does to prepare for a competition.

Dehydration
Yup, I dehydrated myself on purpose (with supervision). Bodybuilders do that for competitions because it removes the water under the skin that makes a person look smooth. In competition, you don’t want to look smooth – you want the judges to see all the work you’ve done – all the definition, striations, muscle separations, etc. It was good to do, and even though I don’t think it was as effective as it could be. I want to do it again a couple more times and try other natural techniques that are out there. No diuretics. I also learned a little about how my body will react so I won’t be surprised next time. There were some sleep problems the last couple of days and my joints started to ache. I didn’t get a headache until this morning when I only had a couple more hours left. Very grateful for that.
Spray Tan
Oh, that was fun. First time I’ve gotten an airbrush tan. I went to a local tanning salon and assumed it was going to be a booth. Since I approached it as an adventure, I decided I would do it nude. Decision made. Then I find out that there isn’t a booth. There is a female technician with a spray can. Oh well. Decision made. EVERYTHING got tanned. I thought it turned out pretty good. There is some stripes on my knees and elbows from skin folds, but that’s OK. Next time, I’ll know to watch out for that while it’s being done.
New Bikini!
I had to get something new to wear for the “after” picture. I wanted a bikini because – well just because I can wear a bikini now. At least in a controlled environment for a photo. I was looking for something black and then I saw this hot pink one. How could I not wear a pink bikini??
Picture Day!
Photo shoot with hubby. How lucky am I to have a professional photographer and studio in my house? I’m happy with the pictures. I don’t see them as “after” pictures – they are my new “before” pictures. I can use them to see weak and strong areas. And while doing them, I realized that I need to start working on posing. It’s a lot harder than it looks. Posing is like isometric exercises for every body part. 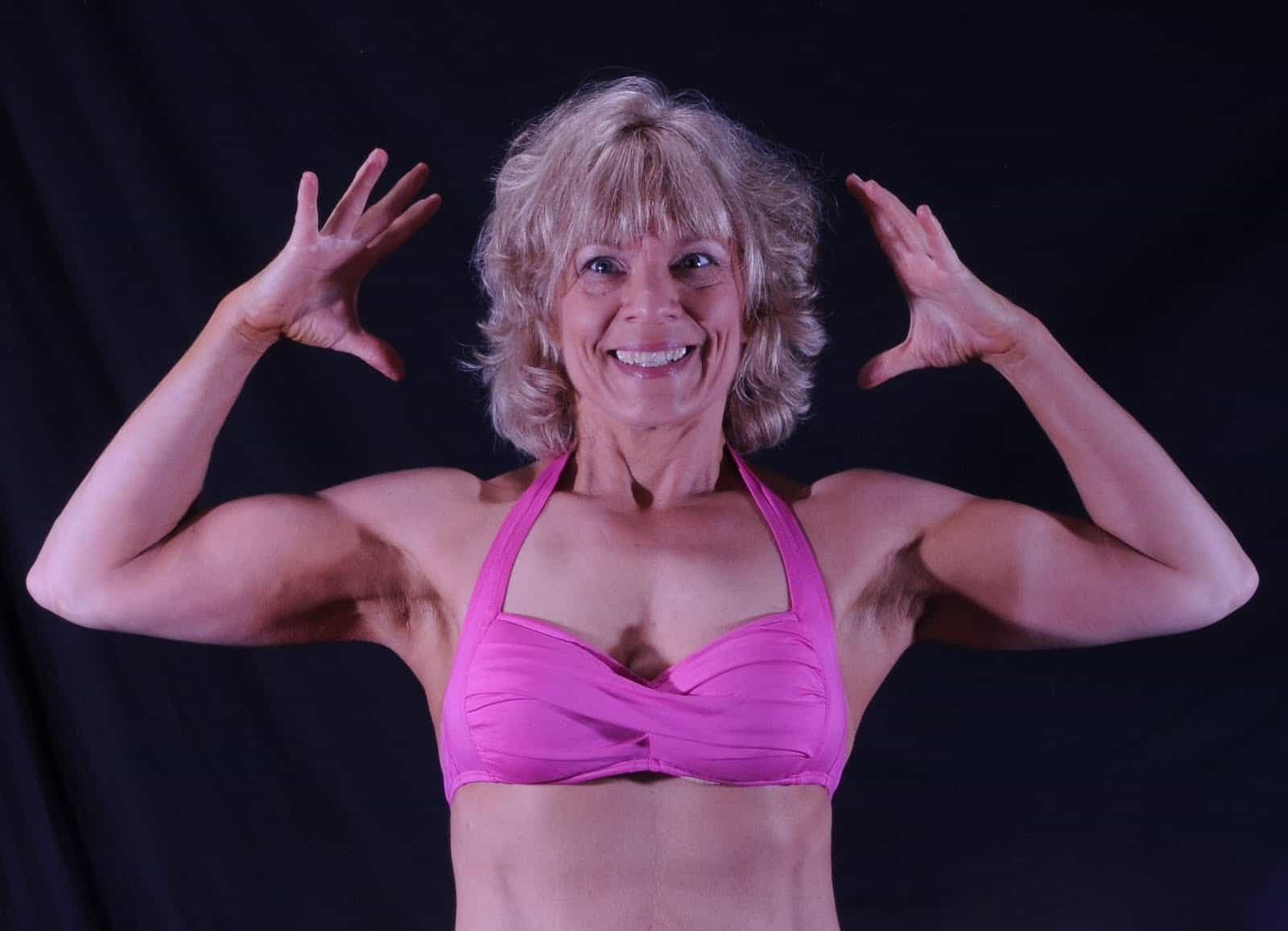 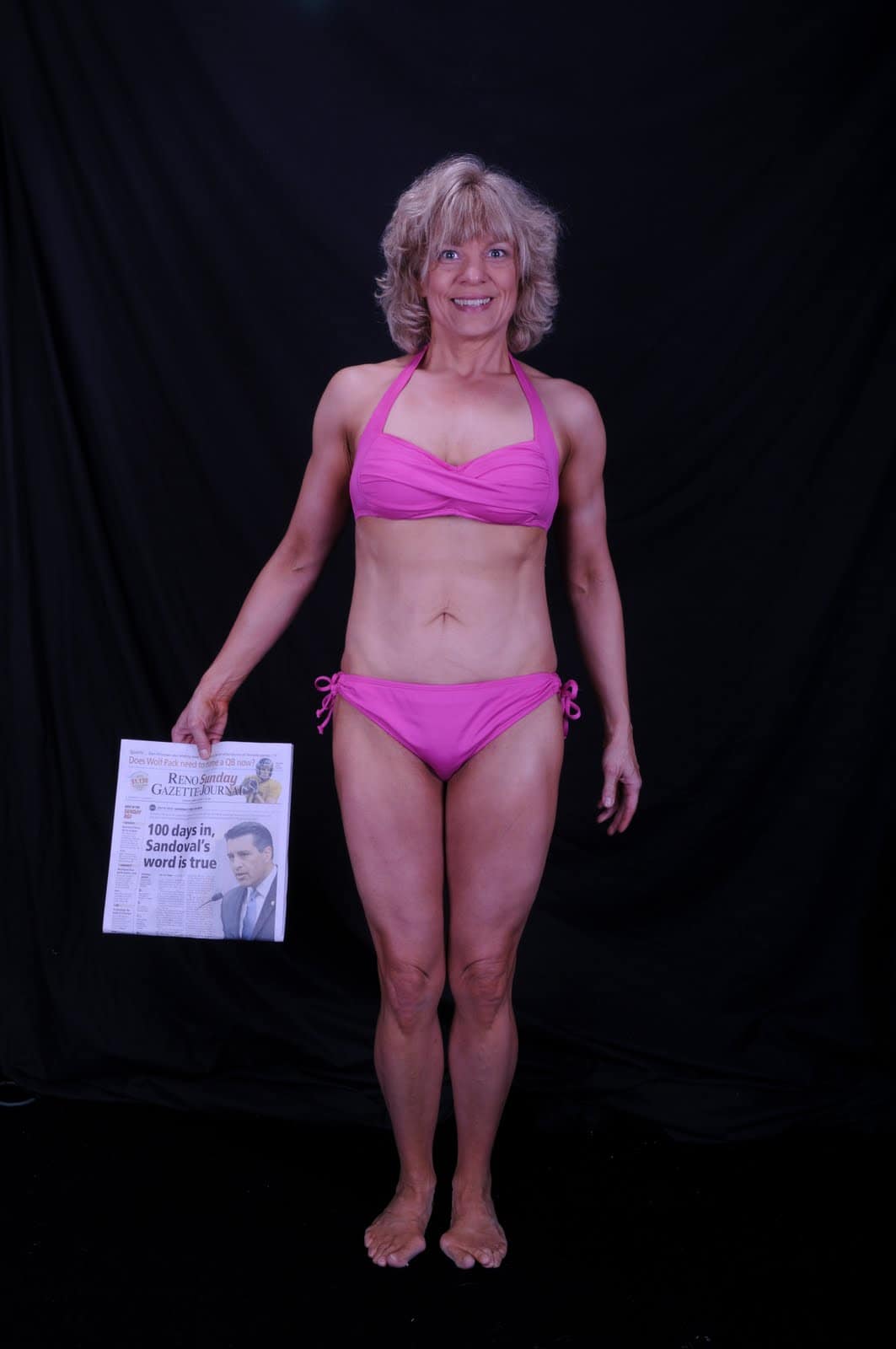