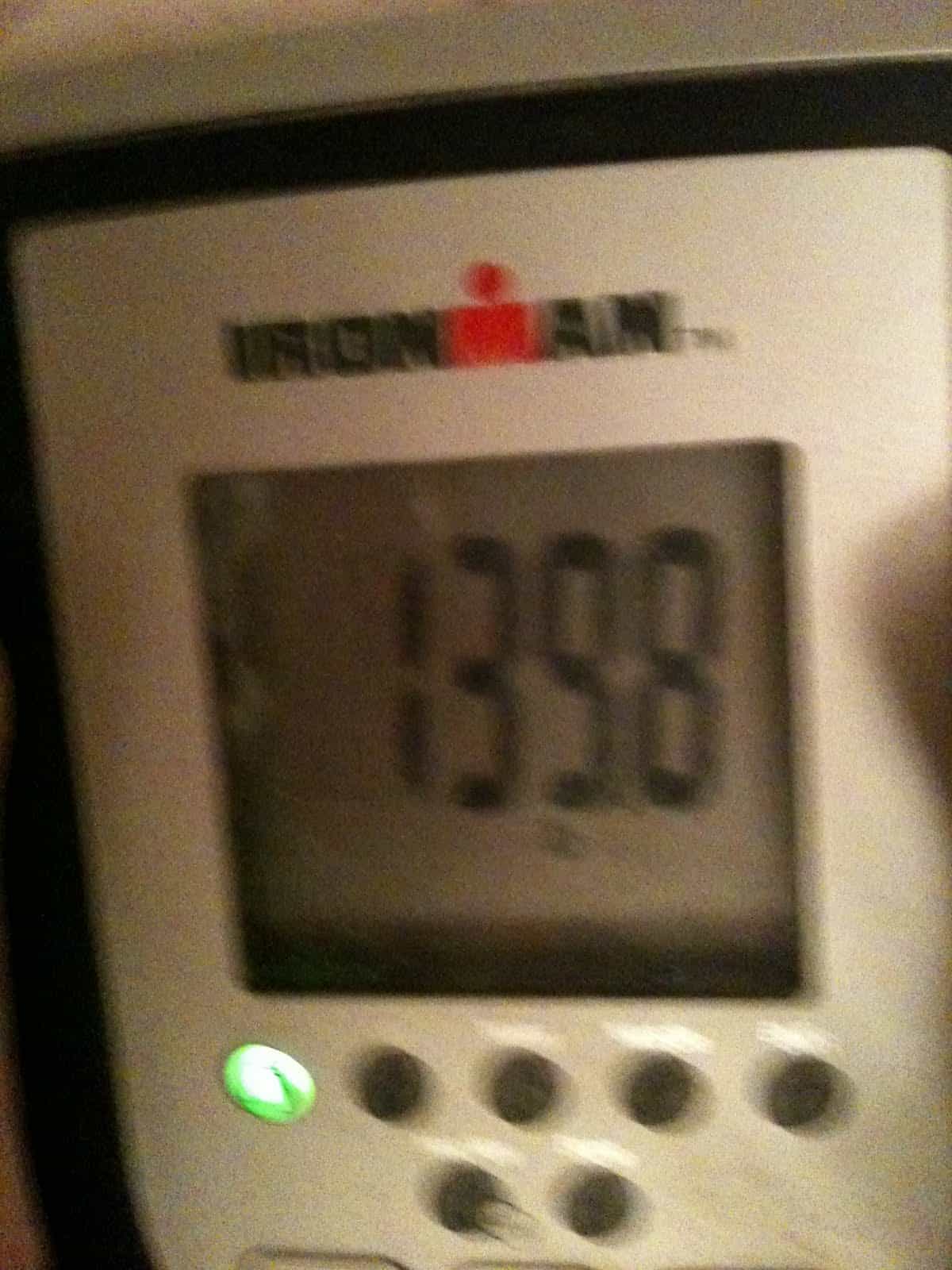 Met a lady in the locker room this week and we started talking about food and weight loss. She said that she was a little over 200 pounds and would be comfortable if she was 185. That struck me as odd. She’s a little taller than me, but only by an inch or two. I remember when I started. At first, I didn’t want to make big goals because I was afraid I would fail. Again. I think that’s what I heard from her. She was really interested in the Eat-Clean program I’m following, so I suggested a couple of food substitutions she could make easily – agave nectar as a sweetener and organic almond butter for peanut butter. The next time I saw her, she told me that she had been thinking about our conversation and was planning to try the new foods. That’s cool.

This last week was the first week of the new phase, one body part worked in the morning and cardio plus abs in the afternoon. I didn’t expect it to be so tiring. And I was soooo hungry! Craved protein. My nutrition plan has 20% of my calories from protein, but this week, after I logged my food, it turns out that I ate 25%. I wanted more, but I had to watch the total calories and fat grams. Energy will be an issue. I ordered a jar of Monster Pump online. I’ll need it.
This is fun, but it’s not easy and it is a big time commitment. I don’t get home from the gym until 6 every evening then I’m in bed by 8:30. No more TV – well not much anyway.
At the end of the week, my weight dropped to 139.8 pounds. Sweet. Just 9.8 pounds to go! However, Paul and I went out to eat for our anniversary – Mexican (my favorite). I gained a couple pounds back. Oh well. Won’t take long to lose those pounds again.
Let's connect!
Liked it? Share it!